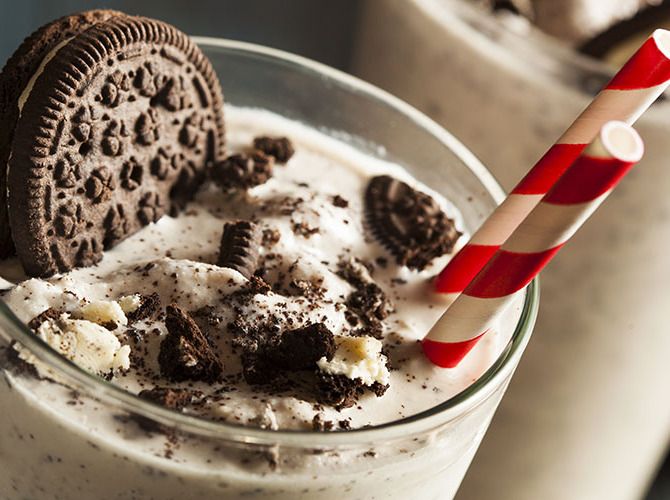 How to Prepare Salep Dondurma

In certain heavily trafficked areas, like Sultanahmet and Istiklal Avenue, vendors donning a red and gold fez and vest can be seen ringing a bell and calling out to passersby. They're peddling more than just the stretchy ice cream known as salep dondurma—each transaction turns into a slapstick routine with the customer, as they repeatedly trick and taunt you with the cone: grabbing it back out of your hand, flipping it upside down, tossing it in the air, making you lick it for an audience, and more. (And, somehow, their schtick never gets old!) That said, it's not just the stuff of street vendors; dondurma is sold in familiar ice cream parlor setups, as well.

The stretchy Turkish ice cream is sweetened and flavored with aromatic mastic (derived from an evergreen in the pistachio family) and thickened with salep (a powder made from wild orchid tubers). The addition of salep results in a distinct elasticity, allowing the ice cream to droop off the side of the cone without melting and dripping. "Salep dondurma is about 300 years old," says Rozanes. "It is said that it was invented in a part of southeastern Turkey where all three key ingredients were plentiful—milk, mastic resin, and salep."

These days, mass production has depleted Turkey's supply of wild orchids, since 250 orchid bulbs are needed to make a kilo of the powder and it takes an orchid producing salep seven to eight years to grow back. Consequently, there's a government ban on the export of salep, but it can be found for sale in small amounts at at some of the shops inside M?s?r Çar??s? (the Spice Bazaar); I procured a bag of the precious powder from a spice shop called Ucuzcular Baharat